Homeland Security, TSA confiscated airport knives on board, 7ftx12ft
In a post 9/11 world, the global war on terrorism influences our thinking and casts a perpetual shadow that is inescapable. We live in a state of disquietude. Amidst unspeakable events and traumas, we experience censored media, invasion of privacy in the name of heightened "homeland security," eroded freedom of speech, and constant rhetoric serving the politics of fear. Art in the age of terrorism is an attempt to bring interpretation and meaning to these timely issues by portraying multiple perspectives, which address the philosophical, social, political and cultural interventions that the war against terrorism has created. It encourages dialogue between various world views and political sources. When images promote meaningful discussion and contemplation, we are given the opportunity to better understand situations that are beyond words.
I was inspired to explore the ramifications of terrorism when thinking about personal encounters with terrorism related to places our family had lived or visited. Shortly before my husband attended a conference in Madrid, Spain, terrorists bombed the commuter train system, killing almost 200 people in 2004. When suicide bombers attacked the London Underground between the Kings Cross and Russell Square stations in 2005, the location was unnervingly close to home; my husband and I had lived for more than a year between these two stations, right above the explosions. And, with close relatives in Nagasaki, I have also been keenly aware of the destructive power of atomic weapons: bodies vaporized by the nuclear bomb left permanent afterimages of human shadows etched on building walls in both Nagasaki and Hiroshima. For the above reasons, I found myself drawn to the topic of terrorism, and began to ask myself questions. This body of work seeks to respond to and answer just some of them. 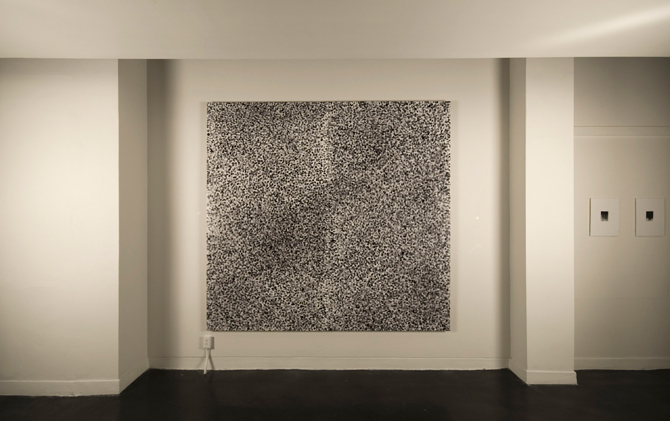 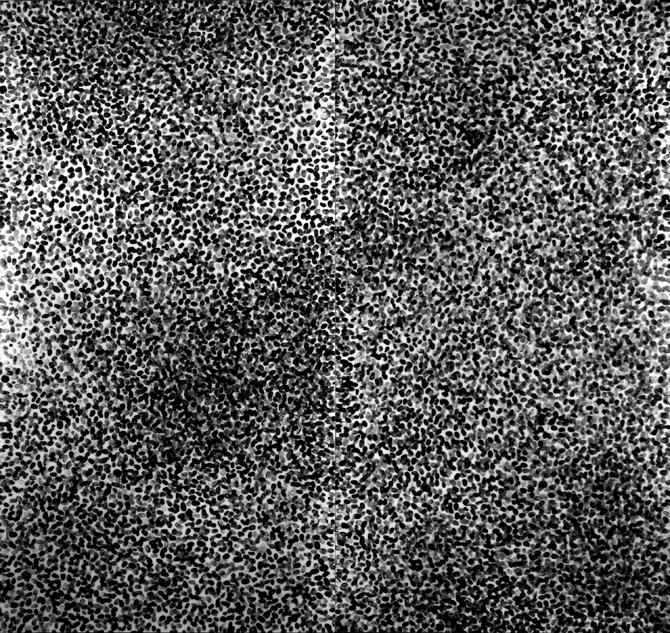 Disquietude seeks to explore the wide range of psychological, social, and global ramifications of living in the age of terrorism. The unifying thread running through the work is the ambiguity in each piece, offering a safe haven for each viewer to consider and reflect upon the many repercussions of terrorism, before, during and after it has occurred. The imagery represents the dualities we must face in today’s climate; life vs. death, security vs. vulnerability, anxiety vs. peace, hope vs. despair. My interest in diverse forms of artistic expression has resulted in a wide range of visual stimuli. My aim is to present a multi-faceted approach to the many ways we interpret the status of our well-being at any given time, amidst a constant barrage of media referencing the last, current or impending attack from terrorists--at home or abroad.
PHOTOPOLYMER ETCHINGS (*see below for details of this process)
ENCAUSTIC
MEZZOTINT

*What is Photopolymer Etching?  In this printmaking process, an image is transferred to a light sensitive plate, called a solarplate, and exposed to the sun or inside a lightbox.  After the image is transferred to the plate, the plate is rinsed in water, dried, and then inked and printed on an etching press.  Though photographs can be used in this process, drawings can also be done on ground glass and the image transferred to the light sensitive plates.  The results look somewhat like traditional lithographs, because the ground glass used in the drawing has a surface much like stone.

**What is Encaustic Painting?  Encaustic painting involves painting with molten beeswax combined with damar resin crystals.  Encaustic layers are added gradually, and fused with heat using either a propane torch (my preferred heating method) or heat gun.  This heating process is what gives encaustic painting its name, which means "burning in" in Greek.  This is an ancient medium, originating over 2000 years ago.  Examples from antiquity include the Fayum Mummy Portraits from Egypt, discovered in the late 1800s, completely preserved to this day.

***What is mezzotint?  Mezzotint is a type of printmaking process, and dates back to the 1600s.  The lights and darks, or tones, of the print are achieved by first laboriously preparing a metal plate, such as copper, using a fine toothed tool called a rocker.  The rocker must be "rocked" back and forth over the entire surface of the plate in about 12 directions, systematically creating tiny pits over the plate.  To develop the image, varying sizes of burnishers are then used to smooth over the pits to various degrees.  The smoother the surface of the plate, the less ink it will hold, yielding a light tone or value.  Conversely, if the tooth is left alone, it will hold more ink, and produce a rich, high quality dark.